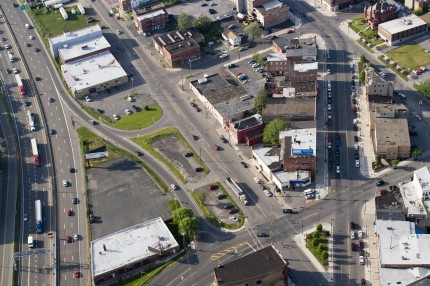 This project involved the construction of a reverse diagonal porous pavement parking lane along N. State Street. The parking lane was designed to capture runoff from the sidewalk, a portion of N. State Street and a large portion of Ash Street via the disconnection of existing catch basins. This project provides significant aesthetic benefits to the area as well as stormwater capture.

A bioretention area was also installed to capture runoff from State Street and a portion of Ash Street. This was constructed on NYSDOT property, furthering the STR partnership with NYSDOT.

All of the green infrastructure elements included in this project will capture a total of 1,197,000 gallons of stormwater per year. Additionally, this project was constructed at the same time as the City Lot #4 project, and in total the two projects capture 2.4 million gallons of runoff annually. 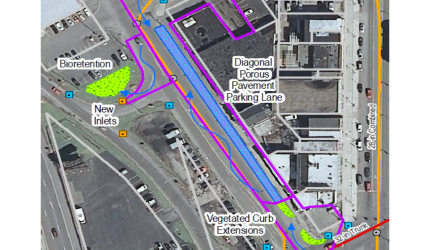