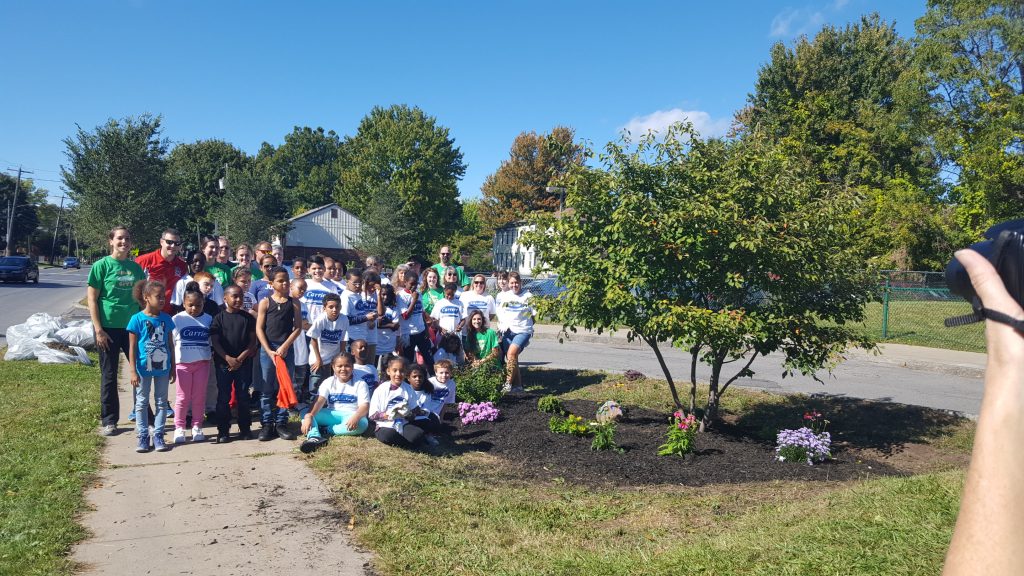 Asphalt surfacing was removed from the Seymour Academy playground and a new rain garden and a tree trench were constructed. The new tree trench was installed in the right-of-way on Seymour Street, and has been designed to capture runoff from the roadway itself. Further, the new rain garden was designed to capture runoff from the remaining asphalt within the Playground. 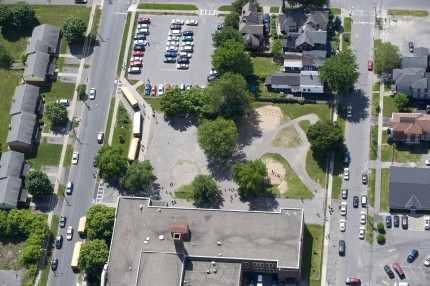 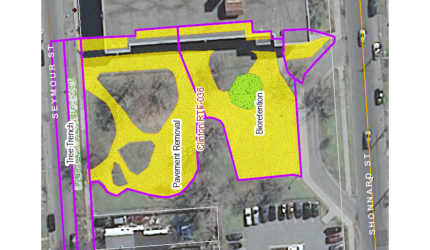