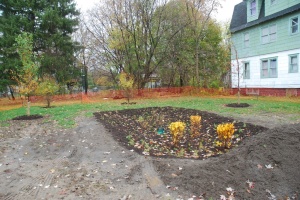 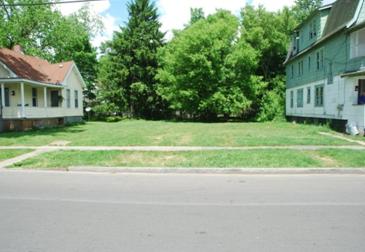 The Vacant Lot Project at 224-226 Putnam Street included the installation of seven new trees and a rain garden, which capture stormwater runoff from Putnam Street and improve the aesthetics and ecological function of the vacant lot. After capturing the runoff, the rain garden uses the process of bioretention allowing the runoff to infiltrate as it would in a natural environment instead of entering into the sewer system, which stormwater often does in paved, urban environments.

A variety of trees were planted at this site, including White Peach and Allegheny Serviceberry trees. The rain garden features a mix of native shrubs, colorful flowering perennials, and ornamental grasses.

This green infrastructure captures up to 1” of rainfall at a given time, reducing annual stormwater runoff by approximately 120,000 gallons.