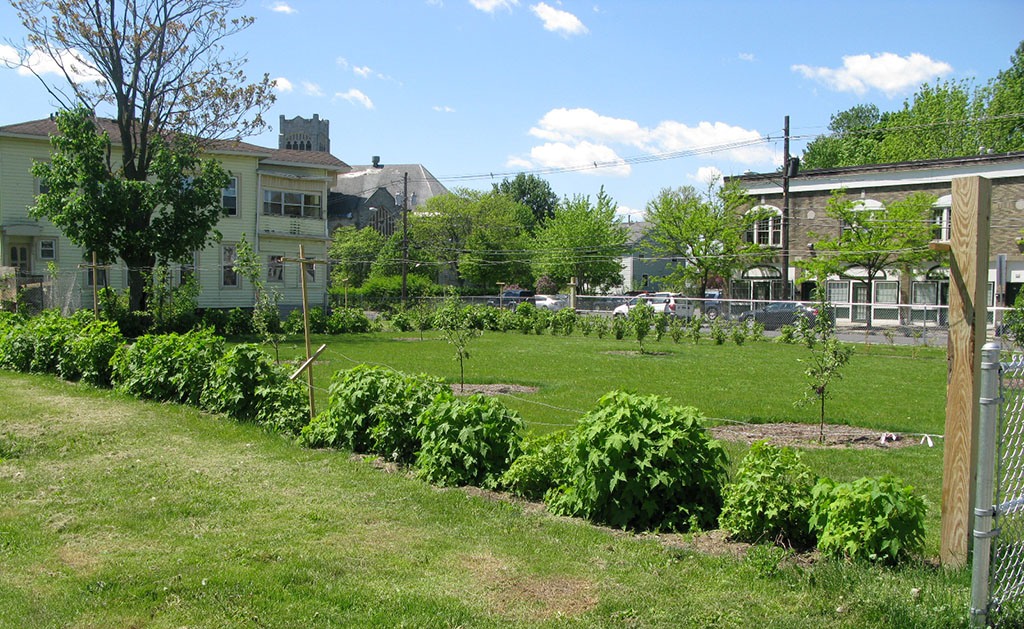 The Vacant Lot Oswego Street Project was the first vacant lot completed in the Save the Rain campaign. The vision of the Vacant Lot program is to convert City-owned empty lot properties into useable spaces for public benefit. This vision also provides the opportunity for stormwater management and capture at vacant lot sites. 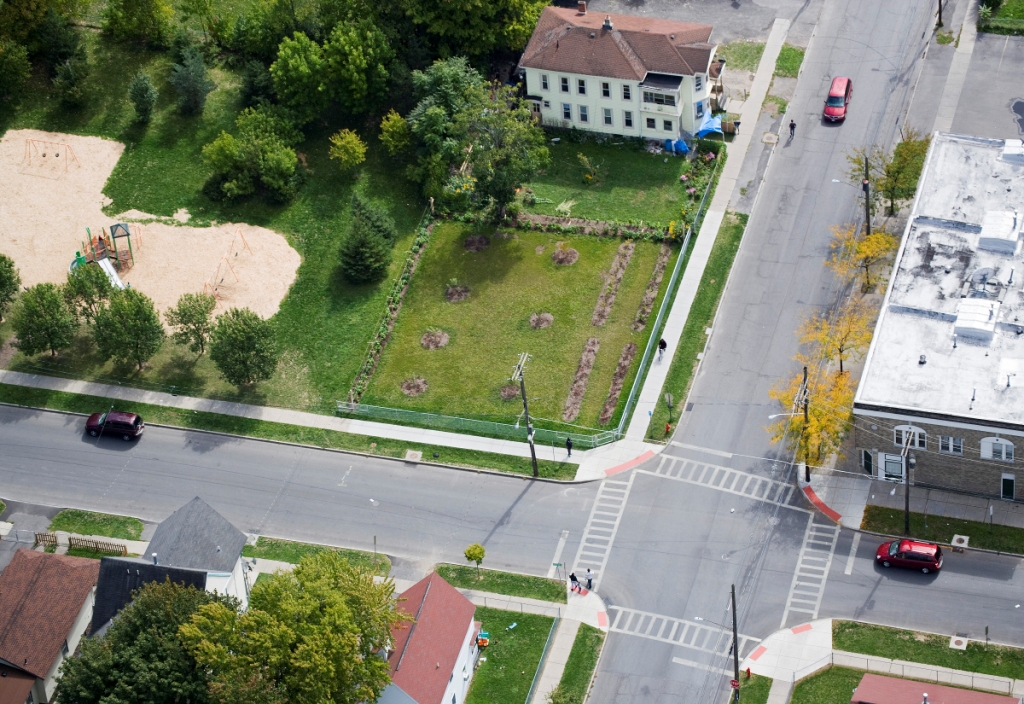 This green infrastructure is designed to capture up to 1” of rainfall at a given time, reducing annual stormwater runoff by approximately 259,000 gallons. 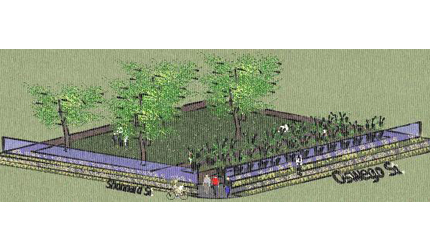