Award Honors for Save the Rain from APWA & ACEC 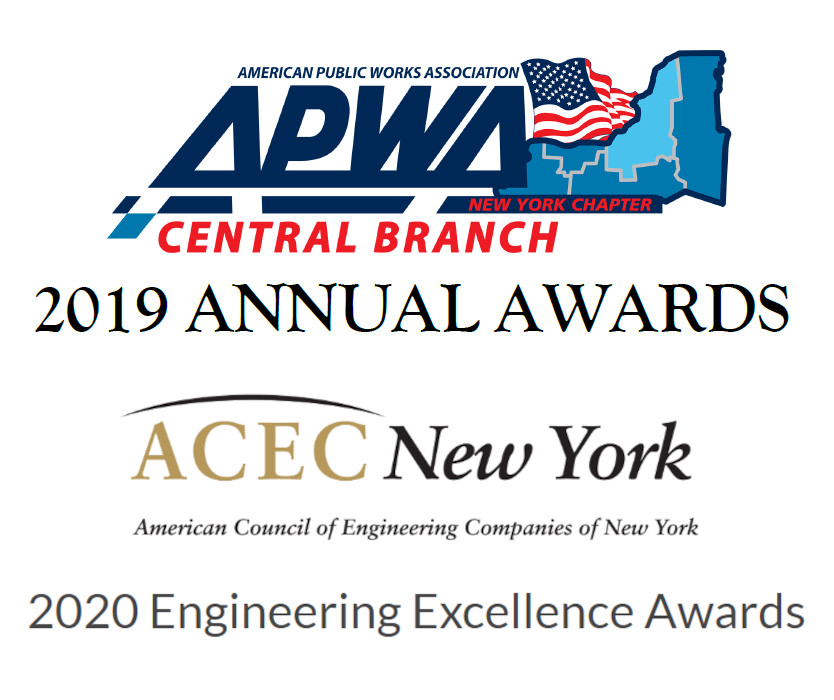 The Central New York branch of the American Public Works Association has selected Onondaga County’s Save the Rain program as the recipient of its 2019 Environmental Excellence Award!
*The Central New York Branch of APWA represents the counties, cities, towns and villages within a ten-county area of Central New York. Membership consists of a wide range of public works leaders, including elected officials; municipal employees; consulting engineers; suppliers of public work materials, equipment and services; and other individuals committed to excellence in the public works field.

Jacobs Engineering Group Inc., a major partner of Onondaga County’s Save the Rain program, has been selected as a recipient of a Diamond Award by the New York chapter of the American Council of Engineering Companies (ACEC) for their work on Save the Rain, and will be recognized for this achievement at the 2020 Engineering Excellence Gala in New York City in January of 2020.
*ACEC New York is a coalition representing nearly 300 member firms who engage in every discipline of engineering related to the built environment including civil, structural, mechanical, electrical, environmental, and geotechnical. They comprise a diverse group of consulting engineering firms from across New York State, ranging from sole proprietors to multinational corporations that collectively employ over 30,000 New Yorkers, and nearly ten times that number worldwide.