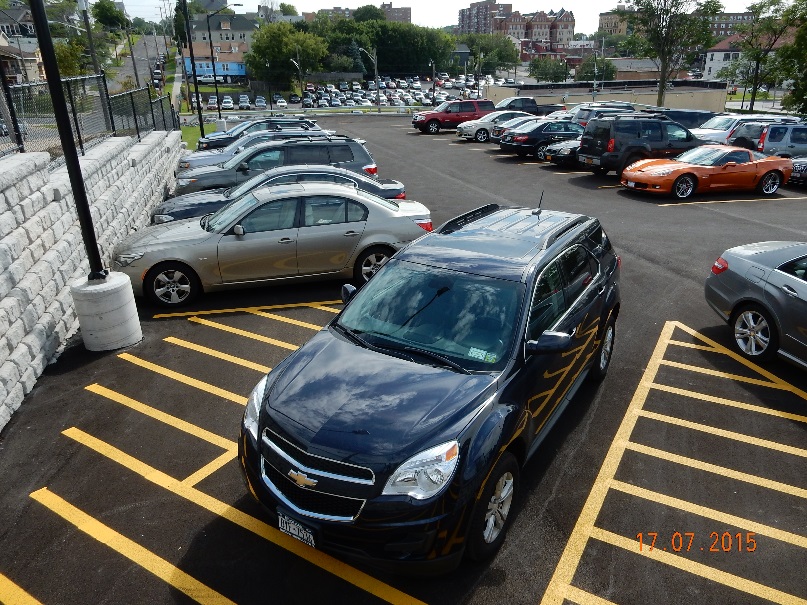 The Hickory Street parking lot project is one of two Green Improvement Fund (GIF) projects at St. Joseph’s Hospital and is located at 410 Hickory Street. St. Joseph’s Hospital has been providing services to patients throughout the City of Syracuse since 1869. The project included a demolition of a vacant building to provide space for more parking.  As an effort to manage the stormwater runoff in this large impervious area, St. Joseph’s partnered with the Save the Rain Program to implement green infrastructure elements on site.

The stormwater runoff is captured through a series of underground storage chambers and infiltration stone.  Stormwater entering the system is directed into the storage chambers beneath the parking area where it is stored until it infiltrates back into the ground. The project also incorporated tree plantings throughout the perimeter of the parking area to provide water quantity and quality benefits as well as aesthetics.

Approximately 1,235 square feet of green infrastructure was installed to capture an estimated 334,600 gallons of stormwater annually. 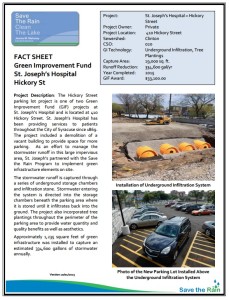